The news cycle runs so fast these days, it’s easy to forget that 2020 saw one of the biggest account takeover attacks in living memory.

Jump Straight To The Infographic.

But it wasn’t just embarrassing for the social media platform and its CEO, Jack Dorsey (whose account was also taken over). It caused a complete security overhaul at the company, highlighting some critical system failures at every level.

The question is: if one of the biggest tech companies in the world can fall victim to an ATO attack, what about yours? And how should you protect yourself against future attacks?

In this guide, we’ll attempt to give you some clear tips and tricks, both in terms of educating people at your company, your users and on how to deploy the best anti-fraud tools for better login monitoring.

We’ll break down these four scenarios into more detail below, but first, let’s see how ATOs happen in the first place.

Account takeover protection, or account takeover prevention is the collection of processes designed to secure accounts for their rightful owners. It includes fraud detection techniques, as well as education about the value of each account.

There are many paths to successful ATO fraud. Let’s see what happens, depending on the attack vector.

The teenager who managed to take over Twitter accounts from the biggest names on the planet allegedly netted $117,000 in BTC.

Even if the attack was sophisticated, the scam itself was pretty rudimentary: tweet a wallet address and ask people for money.

Things could have been much worse. Being in control of Joe Biden’s Twitter account, the fraudster could have attempted to phish personal information from high-security accounts and caused devastating chaos.

Moreover, it was immediately apparent that something wasn’t right, which might have helped with damage control.

So in a way, scams that are run from stolen accounts are some of the easiest to manage. But it doesn’t mean there aren’t any negative consequences for your business.

Consequences for your business: loss of business reputation, customer insult rate goes up, IT resources lost to recovering accounts.

If you operate as a digital wallet, losing an account opens a whole new can of worms. First of all, it already means you are a much more valuable target for fraudsters, and that you have a lot more to lose.

We’re talking of course about the costs of chargebacks, which not only incur admin fees but can even put you on a high-risk list from credit card networks, with added transaction fees. This is potentially a death knell for businesses with low margins.

On the bright side, this kind of ATO attack is easier to stop at the withdrawal or transaction stage, for example by identifying a suspicious shipping address or spotting a change of IP address that points to VPN use.

The more sophisticated fraudsters will understand how to extract more value from an account by mining it for personal data. They will know how to reset 2FA security for other accounts, or how to download previously submitted KYC documents.

This kind of fraud is much more damaging because it can remain invisible for a long time. And it also snowballs into more fraud down the line, because the personal information will end up as Synthetic ID on other sites.

Consequences for your business: become patient 0 for all kinds of other fraud attacks, reputation loss, in some cases potentially linked to data protection fines, IT resources lost to recovering accounts.

So if someone logs into someone else’s account, is it considered identity theft? Technically, no. However, account takeover makes it a lot easier for fraudsters to access information related to someone’s identity, such as passwords, or bank account and other financial services details. When that data is used to, say, start an online loan application, it does constitute identity fraud – and you’re partially responsible.

Another challenging scenario arises when fraudsters manage to log into an account, and simply resell the details to other unscrupulous individuals.

In that case, the ATO may appear dormant for a long time, until one of the 3 aforementioned actions is performed. Moreover, if accounts from your site end up on marketplaces, their value may go up in the eyes of other fraudsters.

You can read more about the problem in our post on how fraud marketplaces fuel account takeovers.

Consequences for your business: become a higher target for fraudsters, reputation loss, IT resources lost to recovering accounts.

As we’ve seen above, one of the worst things about account takeovers is that they open the door to many fraudulent possibilities. The good news, however, is that a combination of education, identity verification and powerful anti-fraud tools should help you with effective login monitoring to prevent account takeovers.

Ensure You Have A Secure Service

Starting with the basics, it’s all about good online hygiene and ensuring your site is secure. Here are a few examples of things to consider:

For companies with extra cybersecurity resources, you could even consider hiring white hat hackers. For instance, Facebook has a bug bounty that rewards independent researchers up to $40,000 for finding vulnerabilities that could result in an account takeover.

Educate Users About the Risks

Another good way to boost account takeover fraud prevention: let your users know it’s a threat. This is done via regular security notifications, encouraging 2FA authentication, and highlighting the value of their accounts.

Remember that the sooner you detect an ATO, the sooner you can go into damage control mode and isolate the fraudsters before they cause long term harm.

However your business operates, the first step to preventing ATOs is to monitor the login stage. Put simply, it’s all about collecting user data any time there is a login attempt, be it successful or denied.

At that touchpoint, you should be able to detect an IP address, device information, and basic customer behaviour using the following data analysis tools:

These two powerful tools become even more adept at highlighting suspicious usage when you look at how many attempts stemmed from the same device + IP, or different devices with the same IP.

If the fraudster has performed a successful ATO without triggering any alarm bells, you can still spot suspicious activity. This would be done by looking at every user action and assigning them a risk score.

With SEON, this is done via velocity rules, or user behaviour rules, which are designed to score anything, from a suspicious address change to adding a combination of high-value items in their checkout.

The beauty of these rules is that you have complete customisation control over which data point is analysed, so you could look at known ATO behaviour such as:

But you can also tailor rules that are very specific to your business. For instance, an online store may have a list of products that are considered high-risk, even if they’re not high value.

Last but not least, by labelling each case where your ATO prevention system caught an attempt and where it didn’t, you could use machine-learning to suggest rules that might not be obvious to the human eye.

One of the key challenges in preventing account takeover is that it’s a balancing act with user friction. You don’t want security systems that are so stringent that they frustrated your users, especially for something that should be as straightforward as logging in.

The good news? You can use risk scores and set thresholds that will automatically allow login, block it, or require extra verification.

For instance, you could choose to only trigger CAPTCHA verification only after a couple of failed login attempts. Similarly, you could set up rules to allow IP changes if you know your customers are frequent travellers.

The key is to avoid false positives/customer insult rate and to allow legitimate logins to be as easy as possible.

One quick note: if you rely on geolocation to score risk, should have a system in place for users and employees to let you know of a future IP change (for instance when travelling).

The sad truth is that there is no company on earth which isn’t a target to fraudsters. It doesn’t matter which vertical you’re in, how successful you are, or how you do business. If you have user or employee accounts of any sort, someone will try to steal them.

And while it may seem daunting to set up account takeover fraud prevention measures, it does pay in the long term. Nobody will reward you for having a safe system, but customers, partners and investors will certainly hear about it when something goes wrong.

Hopefully, this guide is a good primer on how to set up simple and complex systems to protect your accounts – and your company’s reputation. 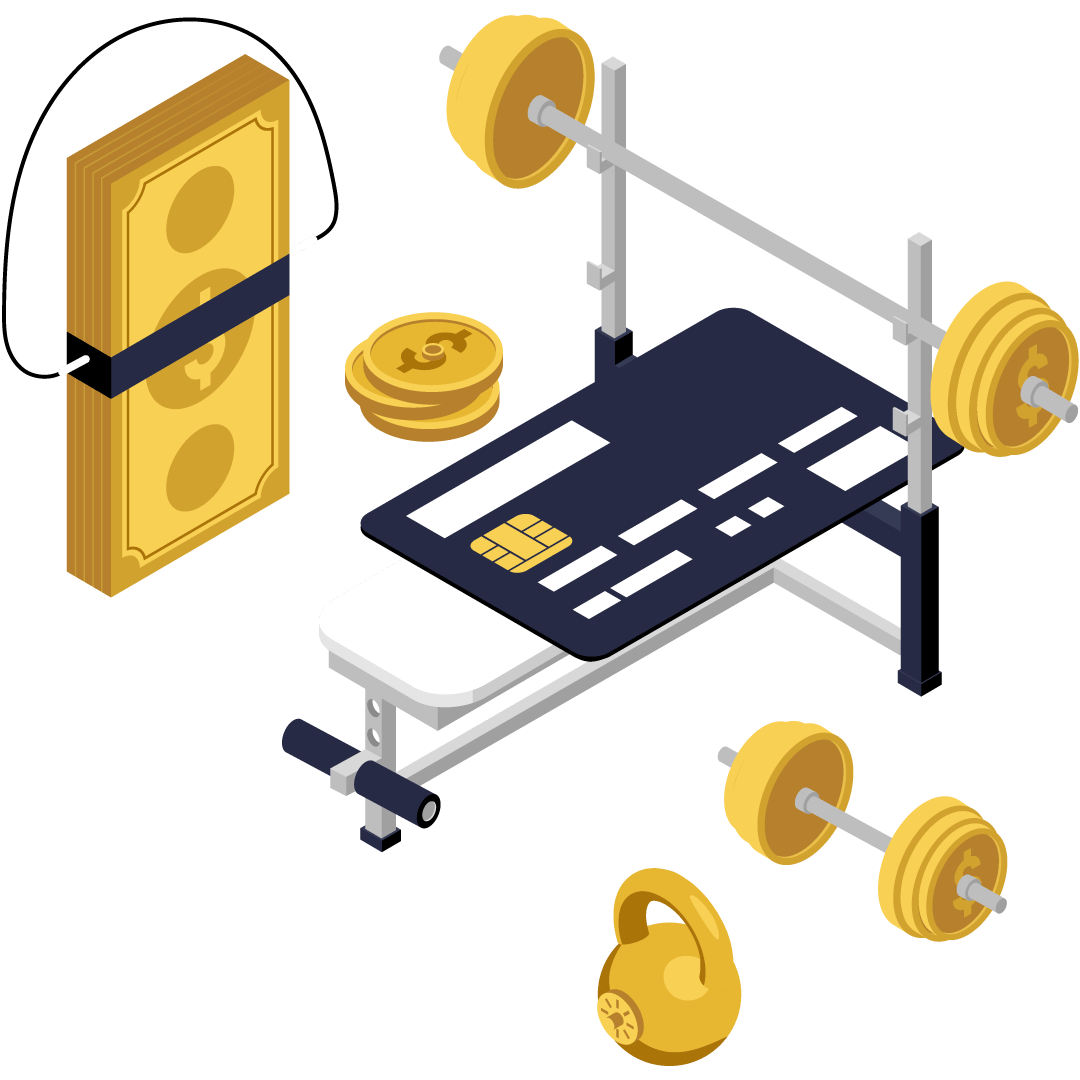 Payment fraud prevention is the key to safer and healthier business growth.

Account takeovers (ATO) are becoming the bane of online businesses.

Let’s examine how chargeback fraud prevention can work for you.