Account Takeover Attacks: All You Need to Know And How to Stop Them

In this ebook, we’ll examine the scale of the problem, dissect the anatomy of an ATO and its causes, and offer solutions that customers and companies can implement today to prevent these attacks.

1. What is an account takeover (ATO)
2. How bad agents take over accounts
3. What can everyday users do?
4. How businesses should prevent ATO
5. How seon prevents ATO 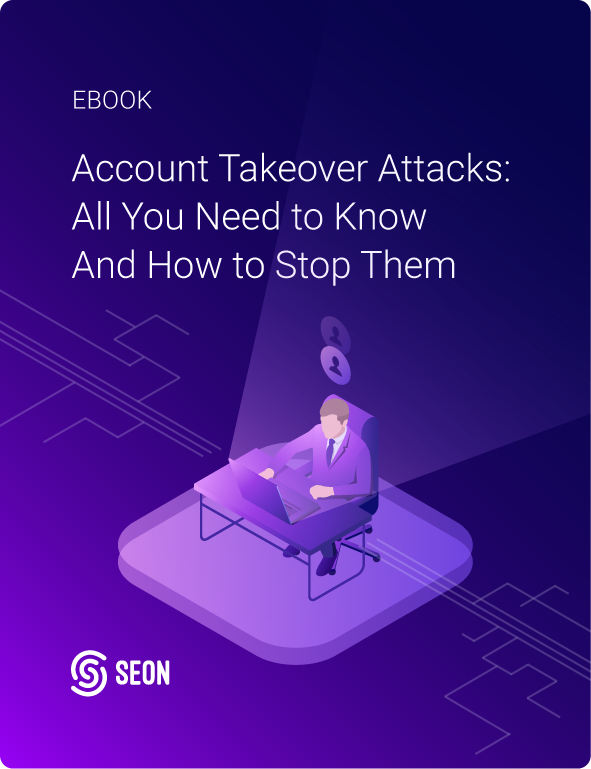 As we’ll see below, this action can be performed by a lone hoaxer or a full organised crime ring. ATOs range from the basic and innocent, to large scale attacks that can steal millions of dollars worth each year.

ATO is an increasingly costly issue for companies: in 2018, ATO accounted for $4 billion of losses for businesses worldwide. In the e-commerce sector, nearly 40% of all fraud losses in 2018 were due to identity theft and synthetic identities.

1.2 DAMAGING IN A VARIETY OF WAYS

Businesses and customers have a lot to lose with each attack. In fact, it is estimated that victims end up paying $263 out of their own pocket to resolve an ATO, not to mention the time, stress, and efforts needed to overcome the problem.

Darkmarket value of an account with different providers – Source: TrendMicro

ATO attacks aren’t a new problem. Fraudulent account access to customer accounts has always been a concern for financial institutions. The difference is that today they affect any organization with a customer-facing login.