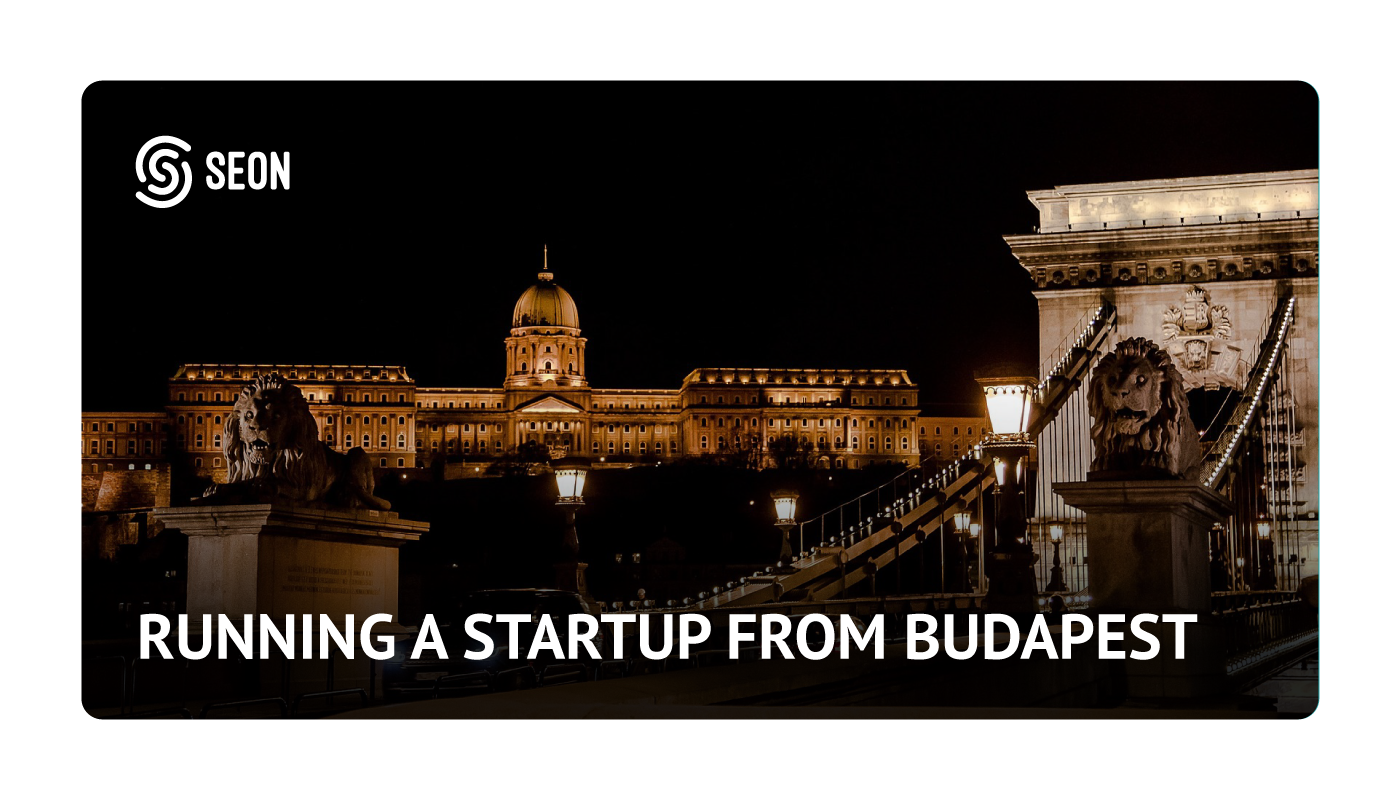 Budapest isn’t exactly on the map when it comes to international tech. But here’s why it could work as your company base.

What first comes to mind when you think of Budapest? Maybe a great holiday destination. The city also regularly tops NomadList, which looks at things like Internet speeds, coffee culture and affordability for digital freelancers.

But in terms of the tech industry? It probably falls far behind other names such as San Francisco, Helsinki, or Tel-Aviv.

And yet, it is from Budapest that my colleagues and I managed to build, launch, and grow a successful fraud tech startup, which recently received €1M in seed funding.

Here’s the story of our company, and why I believe working from a non startup hub can actually be a benefit for others.

The Budapest University of Technology and Economics, founded in 1782, is considered one of the oldest technical institutions in the world. For us at SEON, it meant having access to an excellent local talent pool of world-class IT personnel, without skyrocketing OPEX costs.

In fact, in a Forbes article about the city, another local entrepreneur described the workforce as “young, highly educated, technically capable workforce and eager to work”, and I couldn’t agree more.

Similarly, we were lucky enough to be able to keep our overheads low by working locally. The accounting and legal fees weren’t prohibitive, and neither were the costs of opening and running an office.

It’s also worth noting that corporate tax in Hungary is one of the lowest in Europe, set at 9%, which definitely helped pour more money into the company as we began scaling our operations.

The low corporate tax is certainly beginning to look attractive to a growing number of entrepreneurs who want to make their mark on the global stage. Budapest is now found on lists like the best cities for fintechs, or the top place to launch a startup after Brexit.

This is evident everywhere you look, from flourishing coworking spaces, to business incubators, or startup events taking place with increasing frequency around the city.

In terms of growing our business, it also means a tight-knit community of like-minded entrepreneurs, whether local or coming from abroad. The network is small, but friendly, and we all benefit from exchanging insights and sharing ideas.

However, one thing we couldn’t always find were angel investors or VCs to help kickstart things when smart money was needed.

Looked Down Upon By Investors

While we’re finally starting to see investment in the local startup scene, it wasn’t always that way, and it’s certainly an uphill battle.

For instance, my business partner and I launched SEON right after finishing university. As you can imagine, it was challenging enough for people to take us seriously, not just because we were young, but also because the whole of Central Europe was seen as a backwater.

In fact, we found out the hard way that European investors are even more skeptical when it comes to CEE countries. They tend to look down on startups that aren’t located in Berlin or London. For them, Hungary is still seen as a former Eastern bloc country playing catch up with the rest of Europe in terms of living standards and infrastructure.

Of course, this ignores the historical and cultural wealth of the country, not to mention the tremendous efforts made to turn it into a work-based economy, which saw an acceleration of its modernization since the 2000s.

But some old ideas die hard hard, especially when dealing with the more conservative VC investors we met during our early days.

Making the Most of Being Outsiders

In spite of the obstacles, last year our fraud prevention company raised €1M in seed capital. The fact that we managed to become profitable only 2 years after launch certainly helped, but I also credit that success to our environment and mindset.

Working from Budapest, we had to think outside the box in a number of ways. For instance, we knew that we had to work hard to please international clients by meeting their standards, which is why we work hard to remain GDPR compliant, and recently received our ISO27001 certification, focusing on IT and company security.

We also had to be more flexible, adaptable and agile than others — qualities which are essential for any startup, but even more important when you’re in a non-startup hub. For instance, we knew we wanted to stand out from the rest by focusing on:

And this outsider strategy worked wonders. For instance, we’re now experts at making sales via videoconferencing and managing remote ops. 90% of our clients are international, which proves that it is indeed possible to run a successful startup out of Hungary.

And while we now have offices in London, which act as our commercial HQ, we’re still proud to call Budapest our home, a stunning city we know and love.